Short Stay Letting is not a win-win every time

There has been a lot of discussion in the news recently in relation to the increasing demand for short stay letting (STL) across Scotland.  Currently there are more than 9,000 properties listed by Airbnb in Edinburgh alone, although a recent BBC article on the topic puts this figure at over 12,000. Incredibly when you put that into perspective it equates to around one Airbnb listing for every 42 residents in Scotland’s capital. According to Airbnb, their activities boost the Scottish economy by £1.5m a day. Clearly then, STL is a very important aspect of our tourist economy. STL also provides a good income for property owners, due to higher rents and tenant flexibility. Therefore, you would be forgiven for imagining that STL would be a win-win situation for everyone involved.

However, this is not the case. There has been growing concern by planning authorities regarding the need for regulation in this area, and in particular for a specific grant on amenity impacts on neighbours (particularly where there is a common stair), loss of otherwise affordable rental accommodation, price inflation and overall lack of regulation. Those promoting STL are clearly providing essential affordable accommodation for tourism and business. Notwithstanding the clear economic benefits to STL, a number of planning authorities are considering or have already taken enforcement action to stop it.

Before a property owner intends to operate STL, it would be prudent to have a discussion with their lawyer about their current planning circumstances. As without specific planning permission, they may find themselves subject to enforcement action for breach of planning control. The law appears to be that change of use from private dwellinghouse to STL could amount to a material change of use requiring planning permission, but this is a question of facts and circumstances.

How have the Courts interpreted this issue?

Moore v Secretary of State for Communities and Local Government (2012) EWCA Civ 1202 is an important case in this area. Although an English case, it is persuasive in terms of Scottish planning law, and whether a material change of use has occurred is a question of facts and degree.

The court held that the answer depended on the particular characteristics of the use as holiday accommodation. It was not correct to say that using a dwellinghouse for commercial holiday lettings would always amount to a material change of use; nor was it correct that it could never amount to a change of use.

In this case the inspector identified several factors as being relevant:

STL is different in character from “party flats” as they have a code of conduct to minimise adverse amenity effects. Frequently the occupation of an STL is actually by a household group who are using public transport.

Another important case is Gravesham BC v Secretary of State for the Environment (1982) 47 P&CR 142, which considered the meaning of “dwellinghouse” and concluded that the distinctive characteristic was its ability to afford to those who use it the facilities required for day-to-day private domestic existence. The court firmly rejected the notion that such a building ceased to be a dwellinghouse because it was occupied only for part of the year, or at infrequent or irregular intervals or by a series of different persons.

In Blackpool Borough Council v Secretary of State for the Environment (1980) 40 P&CR 104 the court held: “While not every residential use of a dwellinghouse was necessarily a use as a private house, the inspector had been entitled to conclude as a matter of fact… that the character of the use of the house in question, not being a house that was constantly being let on short holiday lettings, had not been changed by the fact that it was being occupied not only by the second respondent and his family, but also his friends or members of his office staff, or by paying tenants during the periods in question, being ‘family groups’ in the sense of persons forming one household.”

Material change of use?

Giving clear guidance that will apply in every circumstance will be difficult, however properties which are let permanently and exclusively for STL will clearly be the most vulnerable to successful enforcement action. The real difficulty is uncertainty on when the use of the dwellinghouse has materially changed, particularly where the use is not for full-time STL.  Another complicating factor is that flats accessed by a common stair would appear to be treated differently from dwellings with their own access.

In Greater London STL is more regulated than in Scotland. It is permitted as long as the total number of nights does not exceed 90 in a single calendar year and at least one of the persons providing the STL is liable to pay council tax. Owners wishing to let for longer may require planning permission for a "change of use" from their local council.

An attempt has been made in Scotland to declare that the use of a dwellinghouse as a “short term holiday let” is a material change of use in s11B of the amended Planning (Scotland) Bill, although it does not define this term. This section, which may not find its way into the Act, provides for Scottish ministers to issue guidance on the matter. It would seem likely that there will be some form of regulation of STL in the near future.

At Stevenson Marshall, we have a team of highly experienced solicitors ready to help guide you through the complexities of property law.  If you would like to discuss this aspect of planning law further then please contact one of our conveyancing team on 01383 721141.

For a recent discussion on this topic, see: https://www.bbc.co.uk/news/uk-scotland-south-scotland-48067515 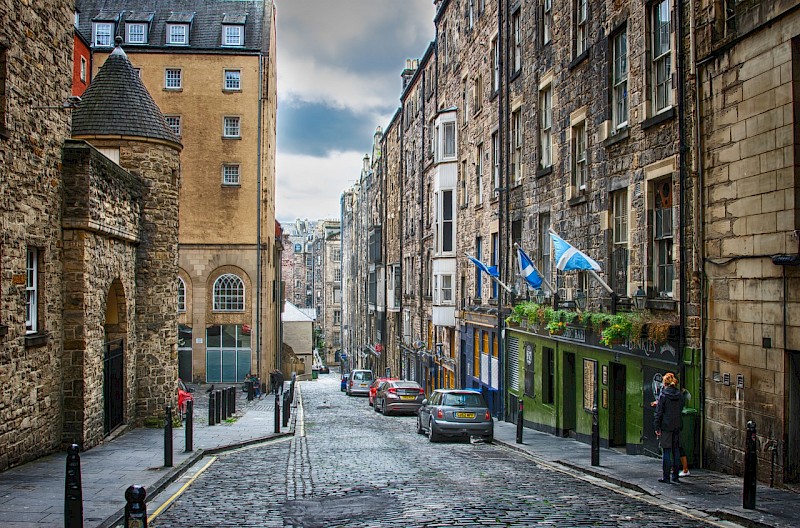